The ninth game of my “one microRPG game a month” (OMGAM) challenge. This is a minimalist hack of Dungeon World with character traits inspired by Risus.

The idea was to create something that was compatible with any existing Apocalypse-style Moves, but that played fast solo with a minimum of gear and prep. There’s no explicit oracle, but plenty of Moves to keep things moving. So use your favorite or use “roll a d6, high is good, low is bad”.

The core mechanic is pool-based, pick one, but uses roughly the same odds and outcome distribution as you’d expect from a game powered by the Apocalypse. It’s in pocketmod format, for dungeoneering on the go. There’s a plain version too for mobile. 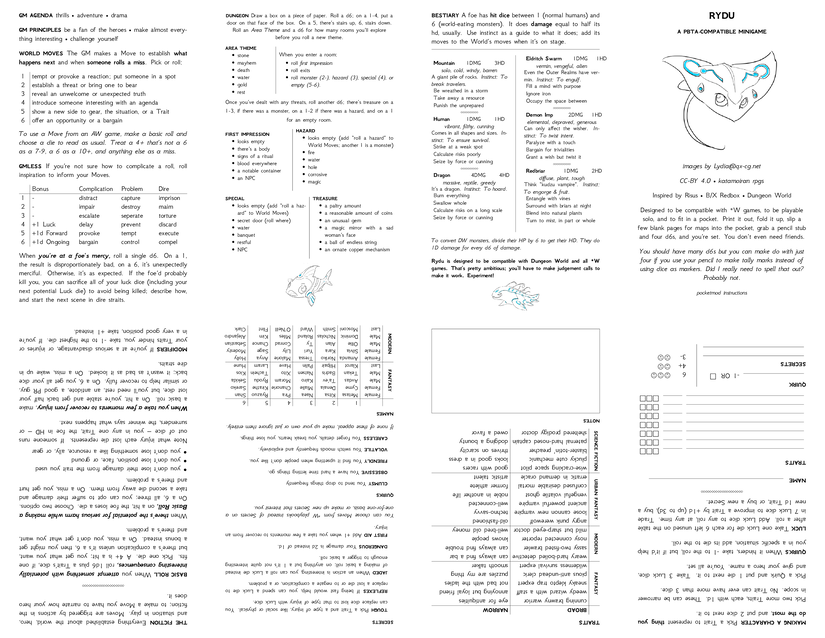